On the path of becoming a world famous brand, the first significant improvement of Mado Cafe  made by YASHAR Patisserie. As this is the first place where the generosity of nature and mankind’s labor and patience met ice cream lovers. It plays vitally important role in the sophisticated and efficiently representing of 150 years’ experience by the worldwide brand.

The ice factory, opened in KAHRAMANMARASH, in 1965, was important for MADO as for its region. Mini store where producing  continued got expanded and its capacity of production became improved.and, first of all, also, another, furthermore, finally, in addition As a result of bringing new deep freezer to the store in the same 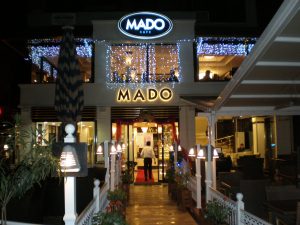 year. It was possible to keep and store ice cream round-the-clock. These improvements never decreased the quality of MADO and the tastes of its meals. Consequently, YASHAR Patisserie-the reason of the fame of KAHRAMANMARASH ice cream, opened in Trabzon Street, in 1980.

YASHAR patisserie served tough and sticky ice cream prepared from regional products upon to national custom. same, less, rather, while, yet, opposite, much as, either And they undertake the role of representing KAHRAMANMARASH cuisine and regional handicrafts. Moreover, as its walls covered with customers’ photographs and a pieces of family heirloom. And old furniture exhibited, YASHAR patisserie has major value as museums.