On November 10, 1887, the Baku City Duma issued a decision to establish a technical school in Baku. Technical school  transformed into “Baku low-level technical school” in 1896. During the 1896-1905 years 50 students have graduated from the mechanical department of the school and 55 have graduated from the construction department. In 1910 the mechanics department included oil and technical and electromechanical directions. In 1916, 494 students have studied in school, including 20 Azerbaijanians, and in 1918 the school was named as politechnicum. There were 188 students in the Polytechnic from oil industry, electromechanics, construction and architecture departments. During this period, only 62 students in Azerbaijan, including 12 engineers, had higher education. On November 16, 1920, the Decree of the Azerbaijani Revolutionary Committee ws published on the establishment of the Polytechnic Institute in Baku.

Our students are educatd and tend to develop. We support their every success and weare pleased. We provide ourstudents withallthe opportunities to create incentive education conditions both within the university and to spend usefultime in their outsourced activities.Establishing Baku Polytechnic Institute named after M. Azizbeyov on the basis of “Oil Field”, “Electromechanical”, “Engineering-Construction”, “Agriculture” and “Economics”. Baku Polytechnicum buildings, equipment, as well as the Chemical Technical Laboratory of the Russian Technical Society willbe ordered to Baku Polytechnic Institute. 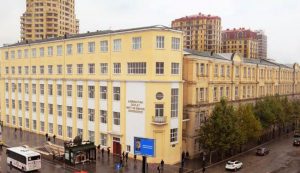 One of the important steps taken by ASOIU for the synthesis of education and science in the industry is the creation of “Eazi START” startup school. Along with talented students and masters, the aim of the startup school, withthe participation of doctoral students, university professors and professors. İs to so  prepare a business project and build production requiring minimal investment on the basis of innovations in science. At the end of the 2015-2016 academic year, 15 out of the drafted projects have been widely presentd, and currently investments ar being made to them. At the same time, the AzII-IT Academy ws established at the university to deeply absorb students’ information technology. Over the past year, more than 100 young people have graduated from the IT Academy established around the world-renowned Oracle, Microsoft, with Autocad resources, and have received certificates on various levels. 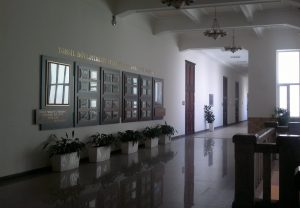