Flame Towers (Azerbaijani: Alov qüllələri) is the tallest skyscraper in Baku, Azerbaijan with a height of 190 m (620 ft). The buildings consist 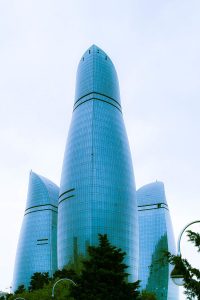 of apartments, a hotel and office blocks. Firstly  the cost of Flame Towers was an estimated US$350 million. Construction began in 2007, with completion in 2012. HOK was the architect for the project, DIA Holdings served as the design-build contractor, and Hill International provided project management. The Flame Towers consist of three buildings: South, East and West. The facades of the three FlameTowers function as large display screens with the use of more than 10,000 high-power LED luminaires. Supplied by the Osram subsidiary Traxon Technologies and Vetas Electric Lighting.

On June 2014 Lamborghini opened its first branch in Azerbaijan.  Located on the ground floor of the East tower of the Flame Towers.

The building wa featured in Extreme Engineering, a documentary television series that airs on the Discovery Channel and the Science Channel. The episode called “Azerbaijan’s Amazing Transformation” was broadcast on 22 April 2011 as part of

Season 9. And The Flame Towers also appeared prominently in trailers before many entries for the Eurovision Song Contest2012 hosted in Baku . And, in the next 4 years, withthepresong trailer based in the singer’s home area, features in the trailer before the Azerbaijan song. The towers ar also a prominent landmark in Battlefield 4.  With the first level of the single player campaign taking place in Baku. Additionally, the towers  shown frequently during coverage of the initial Formula 1 European Grand Prix held in Baku. 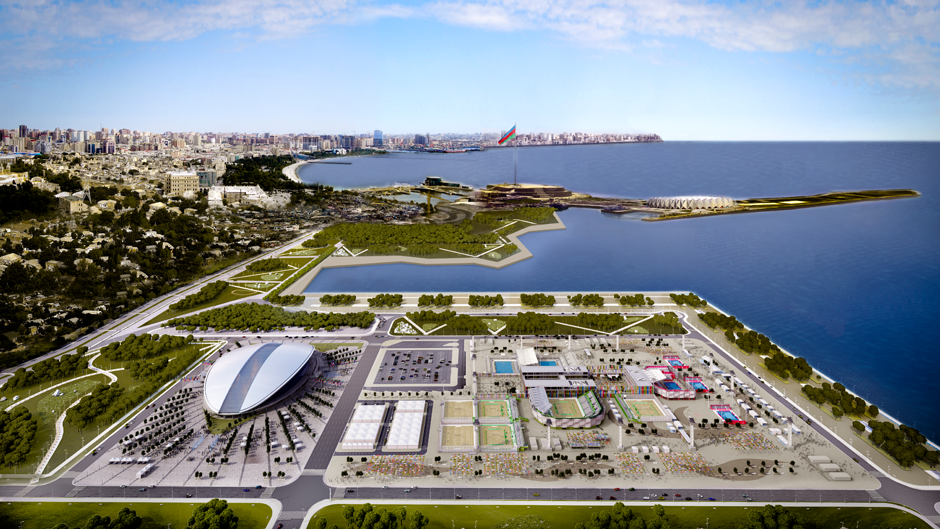