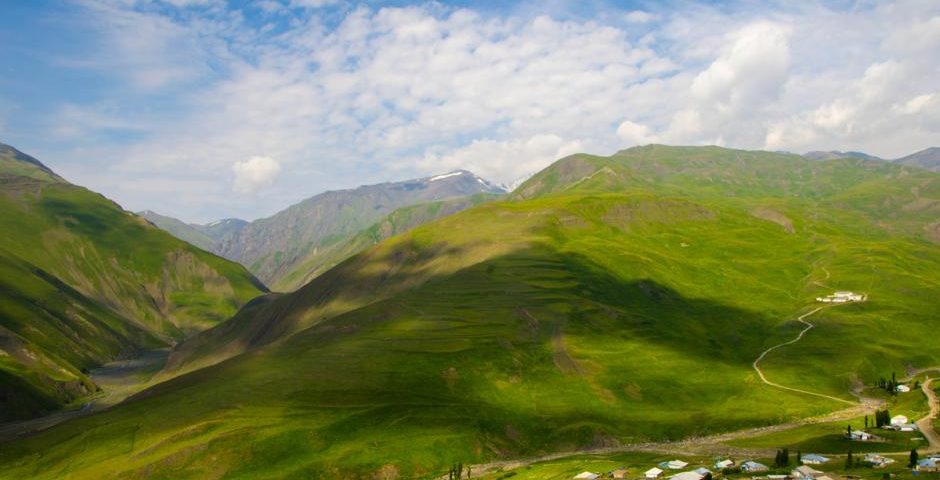 Khinalug, Khinalugh, or Khinalig is an

ancient Caucasian village going back to the Caucasian Albanian period. Its located high up in the mountains of Quba Rayon, Azerbaijan. It is also a municipality in Quba Rayon, which consists of the villages of Khinalug and Qalayxudat.

Its located just north of Quba in the middle of the Greater Caucasus mountains that divide Russia and the South Caucasus. Khinalug iz also the highest, most remote and isolated village in Azerbaijan and among the highest in the Caucasus. The weather changes dramatically during summer and winter, ranging from −20 °C to 18 °C. Khinalug has a population of about 2,000 people. This small group of people speaks the Khinalug language, which belongs to the Northeast Caucasian language family, although many speak Azerbaijani as well. Because of its location, scenery and relative isolation, Khinalug is considered one of Azerbaijan’s premiere destinations for hikers and adventure travelers in such travel guides as Lonely Planet. Khinalug is among the oldest continuously inhabited places in the world, with a history spanning over 5,000 years. Because of its high altitude and remoteness, Khinalug managed to survive and withstand many invasions.

There ar also some other historical places such as a 12th-century mosque, a 15th-century mosque, and several ancient cemeteries between the mountains. There are also many ancient holy caves of early humans. The inhabitants of Khynalyg have preserved their traditional way of life. Weddings and other ceremonies ar held in strict conformity with the rites inherited from one generation to another. This area abounds with the richest traditions linked to rain and land cultivation coupled with a special attitude to domestic animals, weddings and funerals, as well as to celestial bodies. The rites and traditions that have become an integral part of life are linke closely to natural phenomenon. The villagers mainly involved with sheep breeding.

A different weaving technique i well known here. Shawls woven with wool in Khynalyg re famous throughout the entire region of 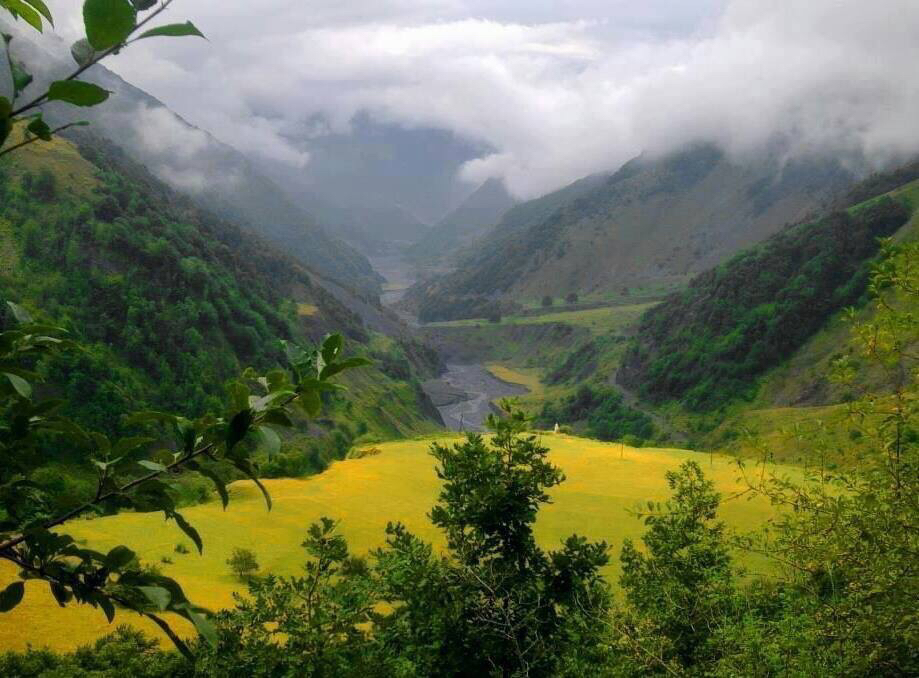 Guba. Neighboring villagers used to buy this raw material to make outer clothes. In the past, chukha, a shawl made of wool, wa a national costume worn by the richer people in the villages. Wool socks which look like a mini carpet of many colours  widely worn because it is impossible to imagine Khynalyg residents in winter. One of the main activities also carried out by the local people is the collection and preparation of curing herbs.

August marks the beginning of the honey season in Khynalyg. Local honey differs by its unforgettable taste and odor. The local people say that honey is a remedy for curing seventy diseases. In autumn, they celebrate the season of goat’s meat which also differs due to its special taste.

To be fair, it is rare to find such an ecologically pure fuel. Whilst in Khynalyg, one may often notice a pile of cubes or bricks called tezek in Azerbaijani made of manure. In the past, this type of bio-fuel  widely used in Azerbaijan. The manure  piled up and mixed with hay, formed into special shapes and then pressed. The bricks formed are dried in the sun and then, used to build high walls. The bricks are the main fuel used by the inhabitants of Khynalyg: there’re reigh-quality material and do not incur any additional costs.